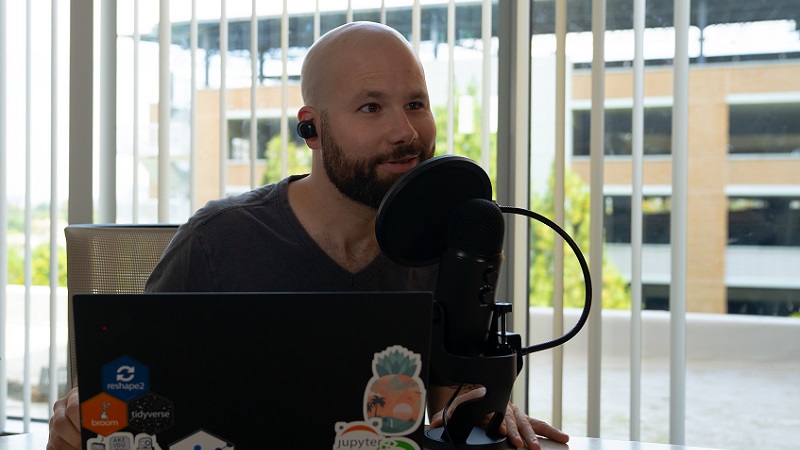 "There is a lot of variation in the work being done by data scientists and the expectations of them at startups, consulting firms, and publicly traded corporations,” says Javier Orraca, MSBA '19, who launched the Scatter Podcast about data analytics. “That’s what I want to unpack during the podcast.” • Tyler Robinson/UCI

For people new to the field, the daily work of a data scientist can seem as inscrutable as the computer code underlying the predictive models those scientists generate.

Javier Orraca, MSBA ’19, was learning to understand and manipulate that code in the classroom of the Master of Science in Business Analytics at the UCI Paul Merage School of Business. He was gaining the skills of a data scientist: predictive modeling using programming languages like R or Python and data visualization using tools such as Tableau.

But he wasn’t exactly sure what it meant to be a data scientist. To break it down, for himself and others, he started a podcast. Over the course of the podcast — and the MSBA program — he’s progressed from novice to veteran.

“I don’t feel like a newcomer to the space anymore, and I believe that business managers as much as students should become more familiar with data science use cases and terminology. There is a lot of variation in the work being done by data scientists and the expectations of them at startups, consulting firms, and publicly traded corporations,” Orraca says. “That’s what I want to unpack during the podcast.”

During his Scatter Podcast, which launched in March, he demystifies data analytics, and its use cases in business, by interviewing professionals to get a sense of their daily tasks, and how data scientist roles differ in one company to the next.

He has hosted professionals from Databricks, NeoGenomics Laboratories and T-Mobile, in addition to UCI alumna Alyssa Columbus, B.S. mathematics, ‘18. She is a data scientist at Pacific Life, a NASA Datanaut and the founder of R-Ladies Irvine.

During an episode of the podcast, Columbus shared that she works to improve predictive models with regard to contract lapses at the company, among other tasks. “In fact, we’re starting an MSBA capstone project where students will help us improve our models with respect to lapse rates,” Columbus told Orraca.

In the MSBA program, Orraca has learned how to apply data analytics, draw conclusions and distinguish himself from others through his learning experiences at the Merage School.

“You can tell that a lot of effort went into rolling out the MSBA program. It mimics top public university programs from The University of Texas at Austin and University of Minnesota,” Orraca says. “The Merage School’s curriculum, the capstone project and the faculty — it’s all fantastic.”

As for Orraca’s own capstone project, he is working with a small team of UCI graduate students to help Experian explore feature engineering and new machine learning algorithms.

Experian is already doing this, but the team is trying to discover insights that, while obvious, may not be so obvious in conjunction with other factors including spending habits, financial health and credit health.

Orraca — who enrolled in the MSBA program with more than 10 years of experience in financial modeling, processing data in Microsoft Access and Excel, for valuation and compliance-driven financial reporting — is also appreciative of his professors and mentors. Vibhanshu Abhishek, associate professor of information systems, stood out to Orraca because he taught computer-dependent concepts by hand.

“He went out of his way to help us understand the logic behind statistical concepts, and there was a slow build of math before we got to the machine learning, such as basic classifications and decision trees,” Orraca says.

What’s next for Orraca? Well, he’ll continue to offer insights and tips on his podcast, and he’s excited about the possibility of working as a data scientist and consultant internally, and being a part of the digital transformation.

“It’s possible that a data scientist will have a much different role in 5 years, especially with the advent of citizen data scientists and advancements in machine learning,” Orraca says.

“I believe these jobs will require someone with a mix of technical skills and business savviness, to produce high-accuracy models with robust drag and drop style tools. Microsoft just announced that their Azure tool will have drag and drop machine learning capabilities. I’m excited about helping us get there, and I’m excited as a user of these tools, too.” 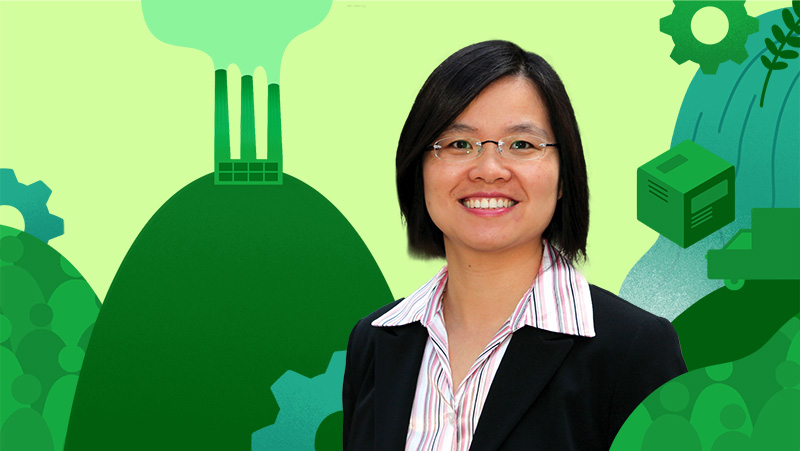