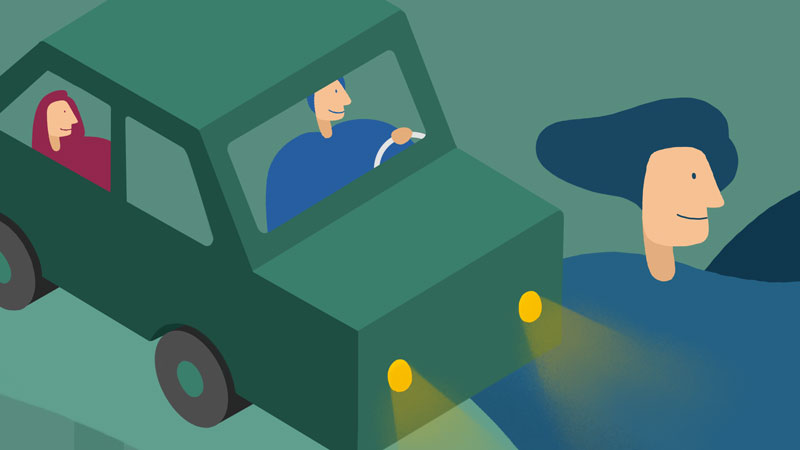 New peer-to-peer platforms have enabled the development of a robust sharing economy. This emerging model allows people to share underutilized assets such as space, cars, tools, goods or specialized skills outside of traditional economic systems. Because it is changing so quickly, researchers have struggled to understand the sharing economy’s impact on consumers, workers, industries and society at large. • Emily Young/UCI

Is Uber Changing the Fortunes of its Drivers for the Better?

In their paper, The Impact of the Sharing Economy on Household Bankruptcy, Tingting Nian and Vijay Gurbaxani of The UCI Paul Merage School of Business, together with Anthony Zhu of T. Rowe Price, take a deeper dive into how the emergence of Uber has influenced the number of personal bankruptcy filings in counties where it has been introduced. The paper is forthcoming from Management Information Systems Quarterly.

Just how good is the sharing economy?

Nian was inspired to study the sharing economy after she started using Uber herself. “I think it was around 2015 when I first used Uber. I would often talk with the drivers and almost everyone said they had started to drive in order to make ends meet,” says Nian. “This is the real appeal for many who just need a flexible job opportunity. Many drive for Uber as a way to supplement their income, to pay for food, utilities, pay their bills and so forth.”

One goal was to explore whether the sharing economy has delivered a net positive for communities. “Obviously we know that the sharing economy has exploded over the last few years,” says Gurbaxani, “but the broader discussion of whether this growth is good or bad for the economy—or for taxi drivers or hotel industry employees—has yet to be fully explored. Our role is to study these things and to use science and data to measure the impact.”

When they began their study, Nian and Gurbaxani weren’t sure whether Uber’s impact on local economies was significantly positive. “We knew consumers were happy,” Nian says. “People can get a ride at all hours of the day or night. But we weren’t sure how the shared economy was impacting the drivers. If some people were expecting Uber to provide a permanent income, for example, that expectation might lead some of them to overspend and fall into a debt trap. Instead, we found that driving for Uber actually reduced their financial risk and improved their economic stability.”

By using data from Uber and other sources, the authors sought to answer a few specific questions. The team began with bankruptcy filings data to measure how Uber impacted personal income and delinquency rates. Because Uber’s entry into specific markets is easy to trace, Nian and Gurbaxani could compare bankruptcies and delinquencies before and after its entry.

What they discovered was that Uber’s entry into a county made a significant impact. “We found that the rate of Chapter 7 personal bankruptcy filings was reduced by a quarterly rate of 3.26% after Uber’s entry.” says Nian. A less significant impact was also visible in Chapter 13 bankruptcy filings. “There were also reductions in other types of consumer defaults such as credit card, auto loans and mortgage delinquencies,” says Nian.

As part of their study, the authors also explored the heterogeneous impact Uber has had across various population types. “We looked at whether the more affluent areas where Uber was introduced experienced greater or lesser bankruptcy rates,” Nian says. “What we found was that the counties that were economically disadvantaged experienced a greater economic impact compared to the more affluent counties. In other words, counties with higher unemployment rates, higher poverty ratios and lower personal income per capita experienced a much greater impact from Uber’s entry.”

A bright future for the sharing economy?

Beyond the obvious financial benefits provided to households there still remains the question of whether the sharing economy is a temporary phenomenon or a sign of things to come. “Every time you disrupt the economy there are always going to be winners and losers,” says Gurbaxani. “Scooter, bike and car sharing companies are disrupting the transportation industry, but many of them have failed to make a profit. That means venture capitalists are still financing much of their success and taking a very long view of how it might one day become profitable. A lot is still up in the air.”

As Uber and other sharing economy businesses expand internationally, their long-term success starts to look even brighter. “I think the future of the sharing economy is going to be huge,” says Gurbaxani. “Bottom line: I think these new businesses are creating a lot of innovation and value worldwide.”

One reason for the global success of the sharing model could be the expanded efficiencies provided to consumers. “Many underutilized assets have now become a reliable source of income,” says Nian. “For those who don’t have or can’t afford these assets, they don’t need to save money to purchase a car because they can rent the use of someone else’s vehicle for an affordable price.”

While the debate concerning the viability and longevity of these shared economy businesses continues to rage, one thing is clear: “Our research demonstrates that there is a positive economic impact,” Gurbaxani says. “The question is not whether it’s the best job in the world but whether or not it’s a viable option for families to survive.”

The right job for right now

In 2018, over half a million people were driving for Uber. The average Uber driver only works for six months or less. Some drive to supplement their income, while others drive to afford a special luxury. The emphasis on short-term success is what many sharing economy businesses have been banking on. Driving for Uber may not be a career path, but it can be a lifeline for those who need extra cash.

Nian and Gurbaxani are hopeful that their work will contribute to the ongoing conversation about the social benefit of Uber and other sharing economy businesses. Their research suggests that Uber provides a benefit where it really counts and that’s something many are driving all the way to the bank.

Vijay Gurbaxani is founding director of the Center for Digital Transformation and Taco Bell professor of information technology and computer science at the The UCI Paul Merage School of Business. His research interests are at the intersection of business strategy and digital technologies. He authored the book, Managing Information Systems Costs, and has published numerous articles in premier academic journals including MIS Quarterly, Information Systems Research, and Management Science. Gurbaxani received his Ph.D. from the William E. Simon School of Business, University of Rochester.

Stay up to date with the latest research from the Merage School here.