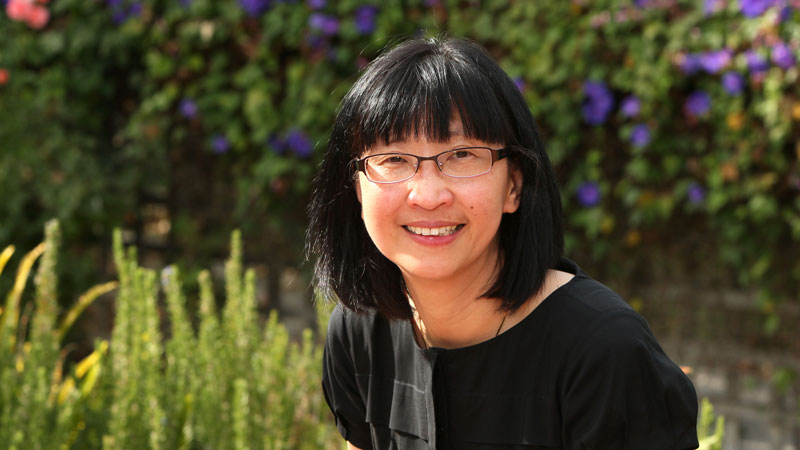 One key indicator of a firm’s valuation might be hiding in plain sight. According to Professor Siew Hong Teoh, registered trademarks may offer relevant value signals about a company’s future earnings.

Valuation Blindspot: The Dangers of Undervaluing Trademarks as a Measure of Innovation

Investors often have a challenging time valuing companies with intangible assets such as patents, copyrights and trade secrets. These assets don’t usually appear on the balance sheets, and in fact the creation of these intangibles is often expensed under a company’s cost of doing business, further complicating the valuation analysis.

However, one key indicator of a firm’s valuation might be hiding in plain sight. As researcher Siew Hong Teoh of the UCI Paul Merage School of Business recently discovered, registered trademarks may offer relevant value signals about a company’s future earnings. “Trademarks are an innovation output measure containing information about future earning potential,” says Teoh, “but most investors and analysts seem to miss this information when they are valuing a firm.”

Based on the research conducted by Teoh and her coauthors—which will soon be published in Management Science—firms that register more trademarks tend to post increased profits. Here’s why: “Firms often register trademarks as they launch new products or services,” says Teoh. “Trademarks are registered at the end of the development phase of the innovation process and are proof that the new product is commercially viable. Patents, in contrast, are registered in the earlier phases of the innovation process and may never lead to a finished product that’s ready for market. Hence patents do not provide as clear signals about future profitability and thus firms with patents are notoriously hard to value. Trademarks, on the other hand, can provide a clearer signal of the future earnings potential. Yet, the evidence suggests that investors seem to ignore the information or are overly cautious and pessimistic about the success of the product in the market, and so they tend to undervalue trademarks.”

That tendency might be a critical mistake in the long run, Teoh suggests. “Our research found that the number of new trademark registrations positively predicts firm profitability and increased stock returns,” she says. This same data also confirmed underreaction of earnings forecasts from analysts, who despite their greater sophistication with handling financial information, seem also to be overly cautious about the future earnings potential of firms with new trademarks.

Another reason to consider using trademarks as an indicator of future profits is that—unlike patents—trademarks offer protection for a firm’s intellectual property for a broader segment of the market. “Patents are not practical in some industries,” Teoh explains. “In the financial or services industries, for example, you can’t patent your processes without giving away proprietary information. But you can trademark the products generated by these patents to obtain IP protection. In these industries you can’t measure innovation using patents. Patents alone can’t really give you the full picture of a company’s true level of innovation.”

Evaluating companies by trademark isn’t unheard of outside of the United States. “European researchers tend to be ahead of us on this practice,” says Teoh. “The OECD specifically defines innovation as including trademarked products and encourages innovation measurements in this area. Trademarks are innovation output measures that really need to be considered more broadly in U.S. research.”

The real challenge to measuring the importance of trademarks on a company’s valuation is quite often a lack of transparency. “Many companies file trademarks under subsidiaries,” says Teoh. “For example, Toys “R” Us often filed trademarks under the name “Geoffrey LLC” rather than the parent company’s name, which makes it especially difficult for investors to connect the dots between the company and the subsidiary which holds the trademark.”

To alleviate these barriers, Teoh and her research team created a large database that compiled information and mapped out the connections between the parent company and the various subsidiary companies related to their trademarks.

Now that the database required to properly map out company trademarks has been created, and Teoh’s research has been published, the future of valuation may soon shift to include trademark registrations, providing even greater insights into measuring those intangible corporate assets.