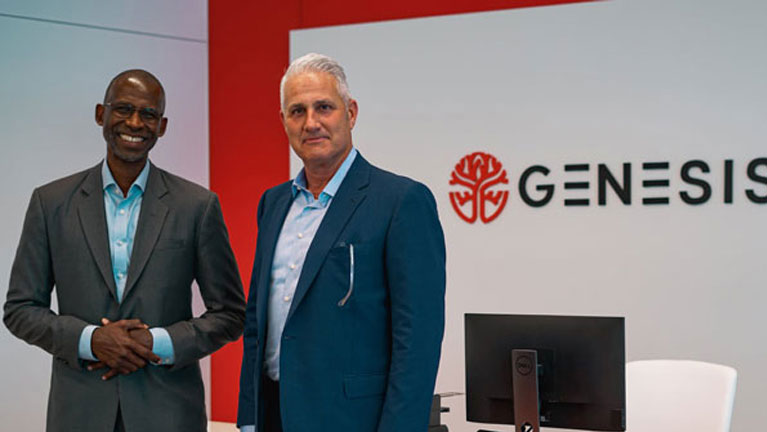 UCI Merage School of Business Dean, Ian Williamson talks about the role of education and local universities in community building and business.

Gordon kicked off the event first by thanking Genesis Bank’s sponsors and giving the stage to speakers like Natalie Harney of Insperity and congressional candidate Lisa Bartlett. Finally, Gordon introduced Williamson, as the event’s featured speaker. The first question: “Who are you?

Williamson began by telling the story of how he came to academia and how that informs his view of business today. As he spoke about his experience in college, Williamson said: “ I actually didn’t know that being a professor was a full-time job, but after a professor took a chance on me and showed me the impact of what the job entailed I knew, at that point, that was something that I wanted to do.”

Williamson continued by recounting his experience after graduation: after he earned his bachelor’s degree in business from Miami University, he went on to work in the professional business sphere, running multiple locations for the grocery store chain, ALDI. And after years of managing several store branches, Williamson said, “I knew I wanted to be an academic.” So he resigned from his job and went back to school where he earned his PhD from the University of North Carolina at Chapel Hill. He then went on to serve as a faculty member at Melbourne Business School, Rutgers Business School, the Zurich Institute of Business Education, the Robert H. Smith School of Business at the University of Maryland and Institut Teknologi Bandung and most recently as pro vice-chancellor and dean of commerce at the Wellington School of Business and Government at Victoria University of Wellington, New Zealand. This path let Ian Williamson travel thousands of miles over the past two decades and eventually led him toward becoming the Dean of the UCI Paul Merage School of Business.

As the topic moved to educational institutions and business, Williamson reflected on the time that he spent abroad both in Poland and New Zealand. He emphasized the difference in how people think about business globally, stating: “there was a conversation happening globally that I did not understand. And you don’t get into the education business unless you’re truly committed to educating not just others but yourself.

The main takeaway from Dean Williamson’s experience abroad was this: “The reason why we engage in economic activity is to reinforce, express, strengthen and extend culture, and we oftentimes lose that [....] When you understand that about a community, that’s when you begin to understand what it actually means to develop a sustainable business because you have to sustain the culture, and economic activity is only one mechanism in which we do that.”

The key role of businesses and universities, then, is to invest in the communities that they serve not just economically, but culturally too. The three speakers concurred that these institutions should be in the business of investing in the people since the people are the ones that both constitute these institutions and benefit from them at the end of the day. For Williamson, the way the university can do that is through educating the masses. He said: “My ‘why’ is all about increasing access to world-class education for all.”

Investment in the community is a long-term commitment, so Williamson likes to also remind his students: “Do not separate the broader value of your organization from its economic value—that’s a false choice. We should be in the business of developing institutions that promote and provide services that are sustainable for the community.”

So, what are some examples of services that can sustainably benefit the communities that are home to the institutions of business and education? How can a healthy community lead to stronger businesses and universities?

For Williamson and the Merage School, there are several new key initiatives budding from the School which are designed to serve the local community. One of these initiatives that was explored during the Genesis event is The Merage School Future Leaders Initiative (FLI)—which is a community outreach and certificate program that guides, inspires and empowers high school and community college students from Southern California’s underserved communities with the goal of encouraging university enrollment, increasing college readiness and preparing students for careers at the intersection of business, technology and entrepreneurship.

Williamson emphasized the importance of building human capital within the community. As a means of social mobility and of supplying businesses with more skilled workers, the Merage School and its FLI are key institutions. He said: “We need to be the place that grows talent” and “I’m a big believer that if you provide awareness and give access then you can shape ambition.”

As for Gordon and Genesis Bank, the focus on diversity, equity and inclusion is the main way in which Genesis caters to the cultural and economic needs of the community. He spoke on how the bank formed an ad hoc committee on DEI at first and then moved to make it a permanent part of the institution. He said: “We thought it was an incredible message to ourselves on how seriously we take DEI.”

Investment in the community by academic and business institutions doesn’t just strengthen the communities that they serve, it also creates a reciprocal relationship in which these institutions can form stronger bases. Williamson pointed this out by saying that “if you hollow out the community, there’s no company that’s going to make it.” 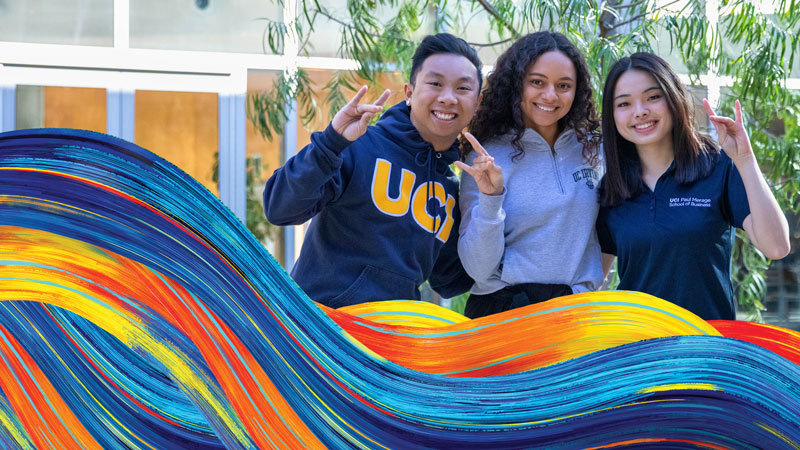 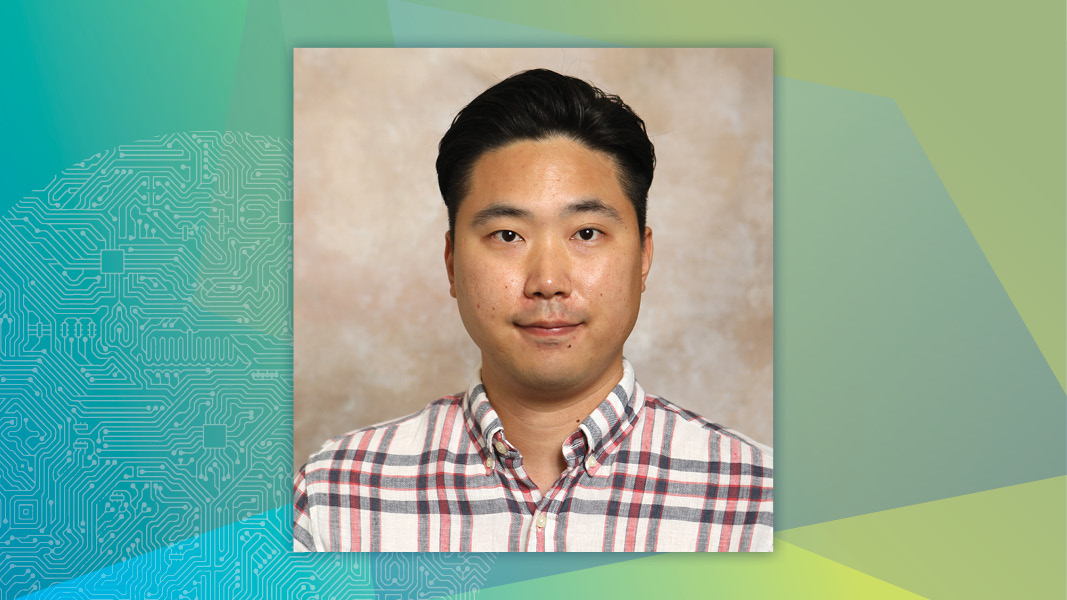 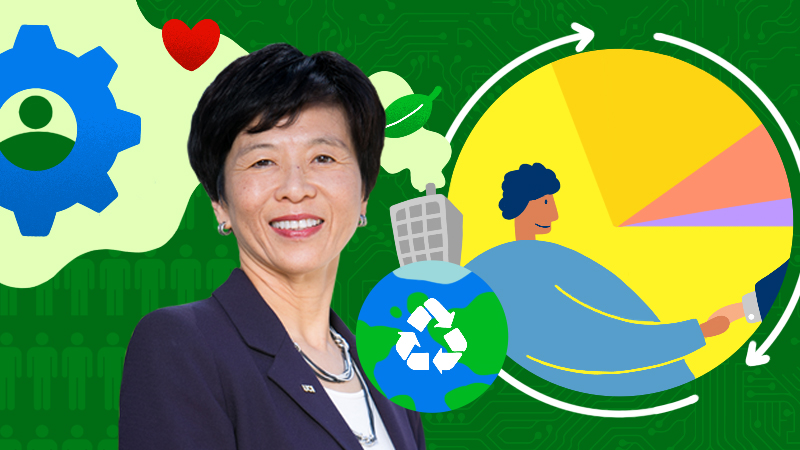 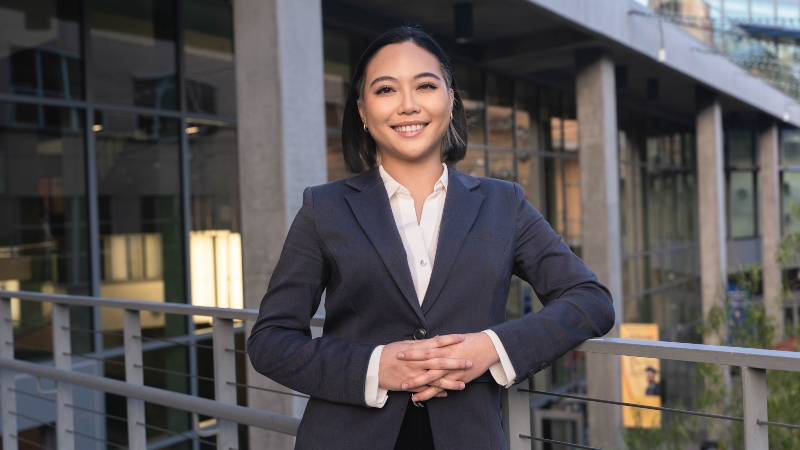