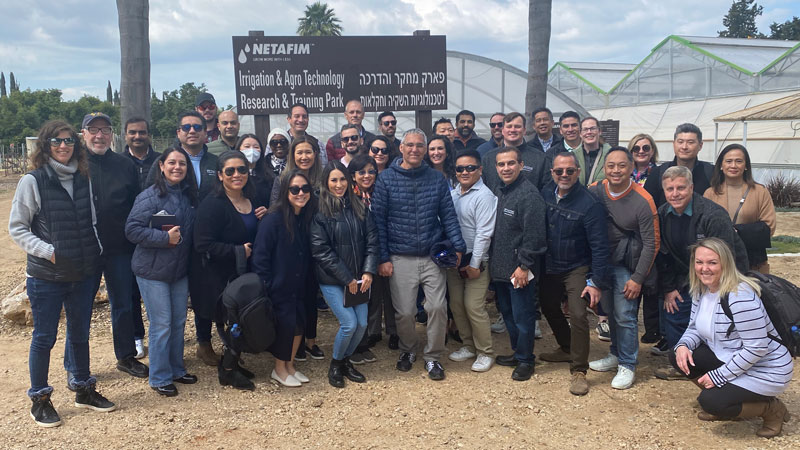 Students learned that although Israel is a small and young country, it is one of the countries leading the world in technological innovation.

For the first time since COVID-19 restrictions were initiated, the EMBA class of 2022 led by Professor Leonard Lane embarked on its international residential to Israel on May 13 to experience how a country slightly larger than New Jersey offers a unique blend of innovation and entrepreneurial resources and capabilities to businesses around the world, enabling them to accelerate their competitive positioning in the global marketplace. Specifically, the residential focused on the reasons why over 530 multinationals are investing in Israel, including Cisco, Intel, Johnson & Johnson, Phillips, Medtronic, IBM, Microsoft, Google, Verizon, Applied Materials, Edwards Life Sciences, eBay, Amazon, Plantar and GE, among others.

Israel is also important to the international business world because a number of well-known Israeli companies, such as Mobileye and Waze, have been acquired by United States multinationals. Also, Israeli companies like Check Point, Amdocs, SolarEdge, Teva and Israeli defense industries compete globally.

In any business endeavor, preparation is important. To gain context for their visit prior to the trip, the class read three books on the “Startup Nation,” heard from Israel’s Consul General in Los Angeles, and participated with a panel of Israeli entrepreneurs who live in Orange County.

While the class initially believed the trip would focus on startups, the readings and panel discussion provided students with a more holistic view of the innovative resources that Israel offers to global businesses. This was a direct follow-up from their Global Business class, where they gained an understanding of the importance of learning while observing competitive environments outside the U.S. After all says Professor Lane “it’s clear in our networked world, the network that learns fastest wins.” 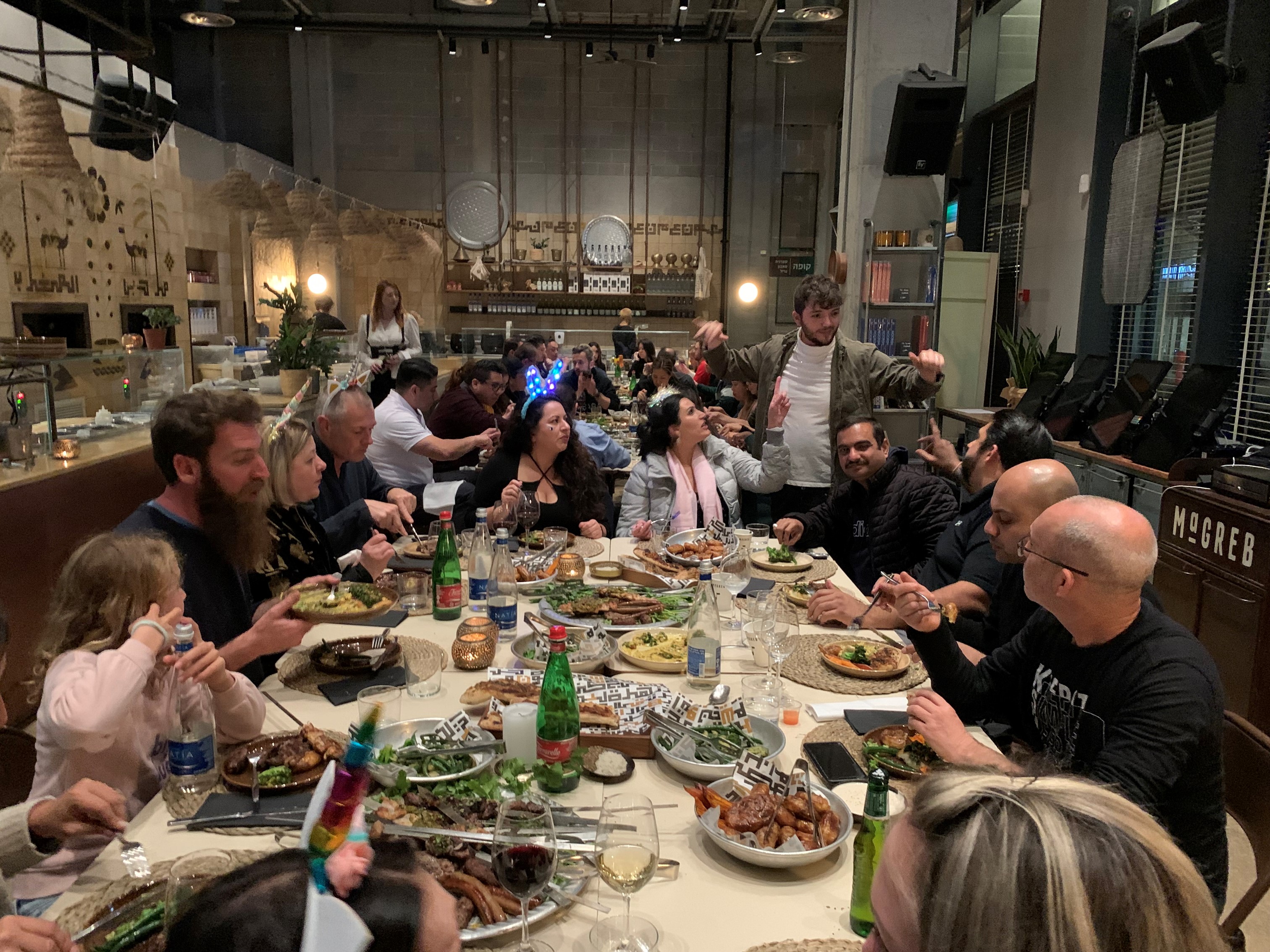 During the first morning of the trip, the class gained a broad context for the activities that would take place as the week progressed. The Foreign Service Officer (FSO), who oversees the commercial activities between Israel and the U.S., welcomed the class to Israel on behalf of the U.S. Ambassador. The FSO explained how the embassy helps foster commercial relationships and what the students could expect to see and hear during the trip regarding Israel’s economic and political positions in the world.

With this context, the class was introduced to the role played by the Israel Defense Forces, or IDF. A soldier from the 8200 Group, an elite intelligence unit, explained the process whereby all Israelis are required to enlist in the military at age 18. In addition, the soldier spoke about the importance of networking, learning technical skills and gaining a deep understanding of mission and purpose while serving in the IDF. This shared experience is a significant enabler in the formation of the entrepreneurial ventures that are at the heart of the “Start Up Nation.”

Following that discussion, the class visited Check Point, a global cyber security organization and  the largest Israel-based international company. Students learned how the company uses targeted acquisitions to grow and gain an advantage in specific marketplaces. It was particularly interesting when recently acquired CEOs spoke about how well they were integrated into Check Point and the importance of integrating acquisitions into a global company.

Over the next few days, the students were further immersed into the elements that have made Israel a hub of global innovation. The agenda included meetings with Microsoft, leading Israeli venture capital companies, government ministries, global manufacturing companies and a military base on the Gaza Strip. The students were also able to see and experience the unique infrastructure that the Paul Merage Foundation developed in order to bring Israeli entrepreneurs to the United States and help women and entrepreneurs over 45 enter Israel’s unique innovation ecosystem.

Students went to Haifa to visit the Technion-Israel Institute of Technology (the MIT of Israel), where they observed the close link between Israel’s university system and the innovation ecosystem. They also visited Be’er Shiva in Negev, where they visited the Israeli company SodaStream, which is owned by PepsiCo. That visit, considered one of the highlights of the trip, showcased a company making a global product in Israel with a workforce consisting of Israelis, Palestinian Arabs, and Bedouin nomads. The progressive human resource policies of the organization took into consideration the varying cultures, religions, and animosities of staff in order to develop a diverse and integrated workforce. Some strategies include five different prayer rooms and a policy relating to time off and fresh clothes for women with menopause. Many people contend that the company’s culture and protocols can serve as a model for the future of Israel.

In addition, the class heard from the educational leader of the Tamar Center, which is focused on educating young Bedouin women and men in science and technology in order for them to leave their nomadic existence and enter the technology-driven workforce of the innovation ecosystem. This is a powerful example of Israel’s new emphasis on prioritizing the youth and minority communities in the country.

The visit also took students to one of the largest kibbutz in Israel, which is part of the global irrigation company, Netafim. Students learned about the inception and evolution of the kibbutz movement in Israel. In particular, they learned how the movement was initially informed by socialist principles before it transformed into a free market movement. This journey, from the principles of the Kibbutz movement to a free enterprise economy, helped the class better understand how this strong sense of community and sharing is built into the development of the entrepreneurial ecosystem. Their take away, “Culture Matters.”

The students also gained a deep understanding of the Israeli mentality, which is best described by the word chutzpah, meaning extreme self-confidence or audacity. This concept, coupled with the confidence and networking gleaned from universal military service, helped the class gain an understanding of how a young, small country that lacks natural resources can be considered one of the most technologically advanced in the world.

The trip to Jerusalem included a visit to the Ministry of Foreign Affairs, where students met with ministers overseeing the innovation branding of the country and Israel and U.S. relations. It was eye opening for the class to see how Israel is branding itself as the “innovation nation.” The branding of a country with an innovation theme was a new and interesting concept that relates directly to the students’ marketing class and the branding experiences they had prior to the trip. In addition, the students gained an in-depth understanding of how Israel views the rest of the world, and they were briefed on how Israel is protecting its citizens and Jews fleeing the war in Ukraine. The day finished with a tour of Jerusalem, including the Old City.

Finally, students learned the role the Israeli government has played in jumpstarting and supporting the innovation infrastructure of the country. After the fall of the Soviet Union in the 1990s, which triggered an influx of highly educated Jews from the Soviet Union and other Eastern Bloc countries, the Israeli government started making significant investments in the current startup infrastructure in order to take advantage of the arriving brainpower. Because of this enabling infrastructure, many entrepreneurs now gain easy access to government funding at different stages of their firm’s growth. These government investments, along with the military, the power of networks, and chutzpah, provide the strength and endurance of the Israeli innovation ecosystem.

Reflecting on the experience

Perhaps one of the most important aspects of the trip was the opportunity for the class to personally reflect on their experiences and what they learned. Professor Lane had each student prepare a learning journal, which started before the trip and included take aways from the readings, articles, the Counsel Generals remarks, and the opening panel. Students worked on the journals during the trip and completed them within two weeks after they returned. One student remarked that “the trip helped me grind an new lens and the learning journal enabled me to capture that thinking.” Another student said that “the opportunity to share our ideas with each other was a powerful way to build off our collective learnings.“

“This residential was eye-opening in realizing how a country with so much history, adversity, and diversity has so much to offer the world,” one student wrote.

Many referenced the “amazing innovation” and culture of Israel. Others said that it was “eye opening.”

“The world is getting smaller,” one student wrote. “Businesses, collaborations, and partnerships are done and formed between many companies and countries all the time and without much difficulty. Products are built and shipped, services are rendered, and ideas are shared around the world. And while we rely on our partners and work closely with our collaborating countries, we don’t really stop to think about why certain countries are great at what they do.”

With a population of only nine million, Israel has the highest number of start-ups per capita than anywhere in the world. As many of the travelling EMBA students witnessed firsthand, there is much to learn from this place where innovation grows.
Newer Post
FEATURED STORIES 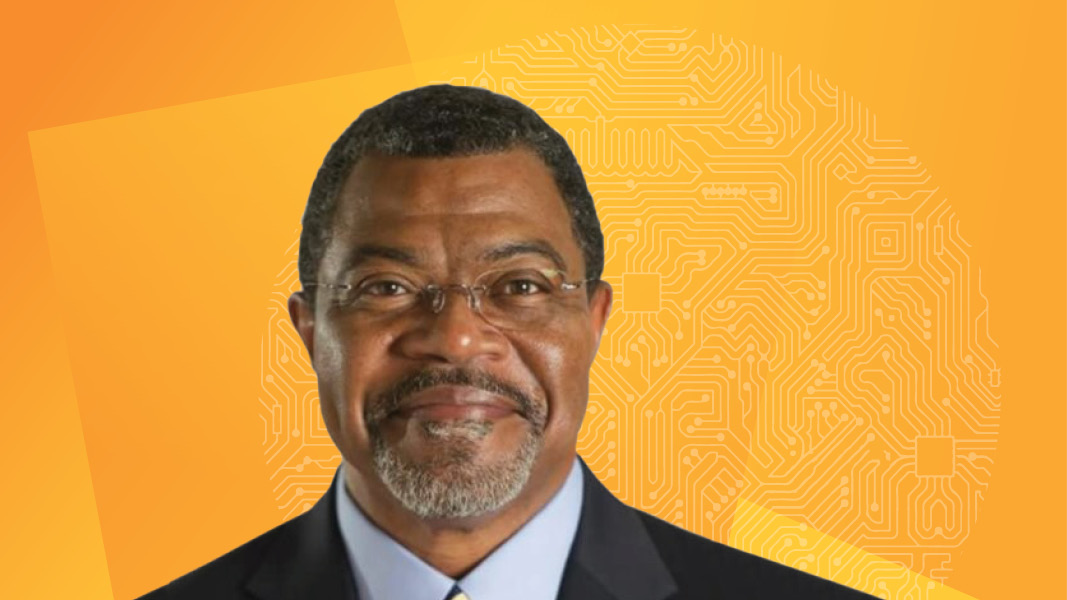