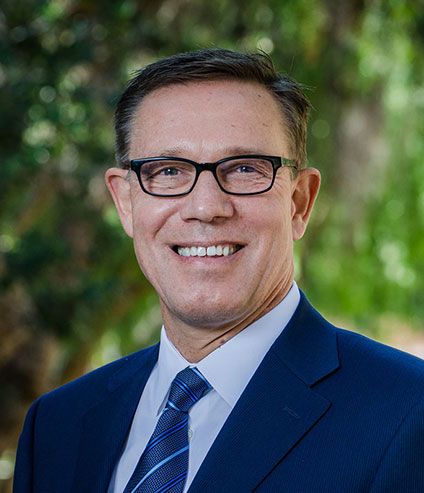 Brand extended self-construal: The extent to which brands make up one's self-concept

Brand extended self-construal: The extent to which brands make up one's self-concept

With a 30-year career dedicated to excellence in scholarship and business education, Eric R. Spangenberg served The Paul Merage School of Business at the University of California, Irvine, as dean from June 2014 through December 2020.

Dr. Spangenberg earned his PhD from the University of Washington in 1990 and joined the faculty at the Carson College of Business at Washington State University (WSU) where he was named the Maughmer Freedom Philosophy Chair and Professor of Marketing in 2003. He also served as dean of the Carson College from 2005 to 2014. International appointments include a Fulbright International Education Administrator position in France and Germany in 2014 and a Permanent Visiting Faculty position in the Center for Customer Insight at the University of St. Gallen in Switzerland since 2010.

Spangenberg is an active volunteer for the Association to Advance Collegiate Schools of Business (AACSB), the largest and most prestigious international accrediting body for business schools. He has served as an accreditation mentor and reviewer to numerous schools around the world, and was elected to the AACSB Board of Directors in 2017.

At UC Irvine, Spangenberg has led several initiatives, including engaging and strengthening ties with the external business community both locally and abroad. He has motivated strategic curricular updates to the MBA as well as development of a hybridized (partially online), part-time MBA program, one-year specialized masters programs in finance, data analytics and entrepreneurship, and a completely online minor in undergraduate business to help meet the University's demand for business programs. International expansion initiatives include an international residential for undergraduates and several additional residentials for MBAs including unique programs in Cuba and Israel. Executive Education programs have doubled since 2014 through partnerships with local Orange County businesses as well as with Swiss, Korean, and Chinese universities. He oversaw the Merage School strategic planning process articulating a clear vision and reward structure; led development of a differentiation strategy for the School; successfully navigated a (once a decade) UC Senate school review; and established an AACSB plan and process ensuring successful maintenance of accreditation. He has also prioritized the recruitment of faculty and students across several disciplines and programs thereby enriching diversity of the Merage School community.

While at WSU, Spangenberg published and taught in consumer behavior as well as hospitality management, psychology, leadership, and statistics — at home and around the world. Such experience led to his consideration of untapped opportunities for the Carson College. He motivated strategic curriculum revisions, realized historic increases in undergraduate, MBA, and PhD enrollments, and established several entrepreneurial academic initiatives both domestically and abroad. Under his leadership, the Carson College's internationally ranked School of Hospitality developed a complete undergraduate degree in hospitality in Switzerland as well as at multiple locations across the State of Washington. He led a team in developing number-one-ranked online MBA programs, generating significant revenue streams. Online undergraduate degree programs at the Carson College grew by more than 50 percent and international business programs were highly ranked during Spangenberg's tenure. As a committed fundraiser, he led the Carson College in successfully raising over $75 million during that time.

Spangenberg is a highly cited and widely recognized international scholar. He has authored or co-authored more than 50 journal articles and book chapters as well as dozens of other works across several key areas of research in marketing and consumer psychology. His topics of inquiry include: environmental psychology, consumer skepticism toward advertising, question-behavior effects, psychometrics, and brand extended self-construal. Most known for his work on the effects of olfactory cues in the retail environment and the effects of self-prediction on people's behavior, his work has been popularly covered in The Economist, Fast Company, The New York Times, The Wall Street Journal and The Washington Post, as well as on the BBC, CBS, Yahoo News, Salon and Boing, plus dozens of other international print, television and online media outlets. He has also been consulted by such outlets and commercial interests for his expertise in these areas as well as regarding online education. As a speaker, Spangenberg is tapped both domestically and abroad to share his advice and perspectives regarding issues in higher education as well as on his particular areas of scholarship.

Connect with Spangenberg on LinkedIn.